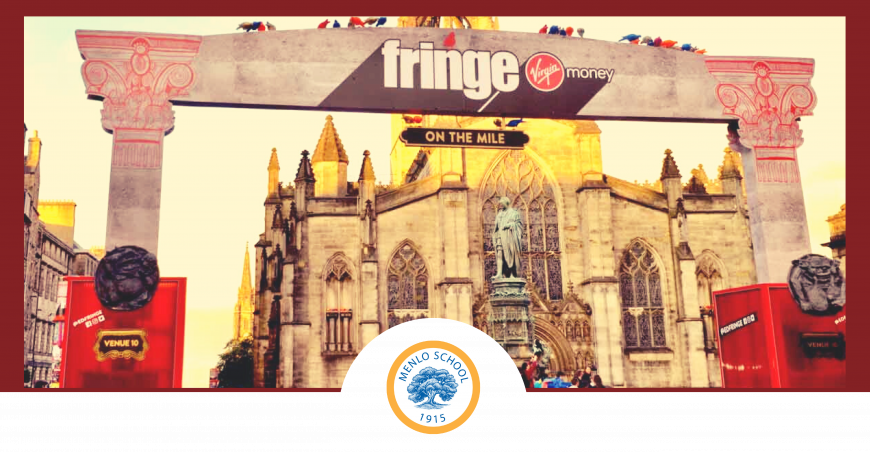 Students will not only get to experience theatre highlights in the United Kingdom but will also have the opportunity to perform on an international stage. Learn more:

For anyone that was unable to attend the information night on Sept. 7, below are the evening’s agenda, presentation slides, and Zoom recording.

How to Apply and Audition?

Anyone interested in auditioning for the American High School Theatre Festival must turn in a completed application form and attend an in-person audition on Saturday, October 2, 2021. You will be asked to have prepared one of the given monologues and potentially come back for callbacks later on the audition date. See audition material below.

AUDITION MATERIAL
Please choose two contrasting monologues in either of the documents below depending on which gender you identify with.

Please complete this Application Form before your audition.

We are so excited to take you on this journey with us!

Steven Minning, Creative Arts Director, Drama Director
I’ve worked as a director and choreographer in New York and theaters across the U.S. for productions such as Billy Elliot, The Lion King, Show Boat, The Will Rogers Follies, and Cirque du Soleil’s Dralion. Most recently I staged the National State Farm Convention for over 30,000 people. Before coming to Menlo I was the director/choreographer for major events such as the Coca-Cola Olympic reception in Atlanta and the 1994 World Cup opening ceremonies. In my spare time between directing our three main stage productions, I ride my bicycle!

Angela Curotto-Pierson, Upper School Dance Teacher, Choreographer
After graduating from NYU with a BFA in dance in 2010, I pursued a professional dance career in modern, contemporary, and musical theater. My prior experience includes performing at venues throughout New York City, New England, and San Francisco, including Brooklyn Academy of Music, Jacob’s Pillow, and Z Space. In my free time, I enjoy cooking (especially authentic Vietnamese food), traveling with my husband, and spending time with my dog, Mika.

Andy Hayes, Technical Director
I have produced hundreds of theatrical productions starting at the busy Palo Alto Children’s Theatre, and recently at many local schools including here at Menlo School, Menlo-Atherton High School, Gunn High School, Cupertino High School, and Gavilan College. I received a bachelor’s degree in computer science at the University of North Dakota and designed and built sets on the tundra for Romeo and Juliet, Cinderella, and Go-Go the Blue Gorilla before moving back to California. I was the set designer for the City of Milpitas then the Theater Manager for the Menlo-Atherton Performing Arts Center. Although my training is in science and technology, I have always loved working in the arts, and enjoy my time at Menlo as the Technical Director for the Menlo School Drama programs.