What a year! We survived. We did more than survive, we thrived! 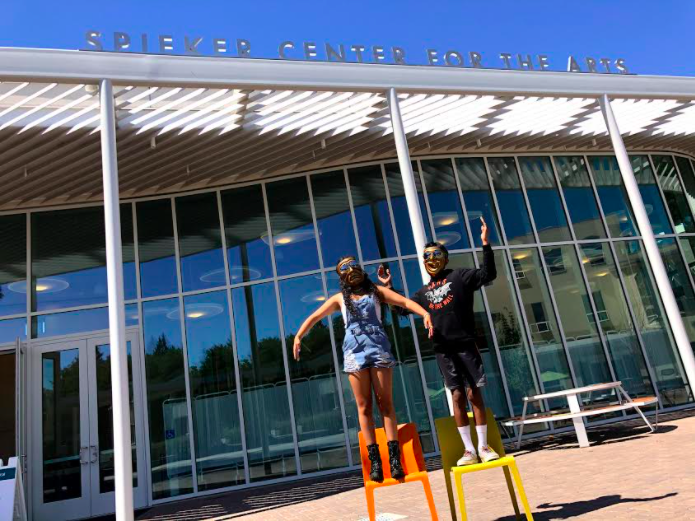 Since March of 2020, we have produced theatre in ways that we never dreamed of!

DRACULA: The National Premiere of a high school production, sanctioned by the authors and staged with large plexiglass shields while having a grand time making all kinds of successful outrageous sound effects as we blended Radio Theatre w/ Live Theatre!

MONOLOGUES & DIALOGUES:  We got to perform for the first time in The Spieker Center - again in a new format that we’d never done before, with a NEW, untried, untested script, shot in a TV/PBS/Masterpiece Theatre-style that resulted in a rich and beautiful recording!

WORKING: We were not only challenged w/ bringing an outdated script into the 21st century, but we updated it without apology or false representation, with a LIVE BAND, and (a first on our stage), lip-synched ensemble vocals! 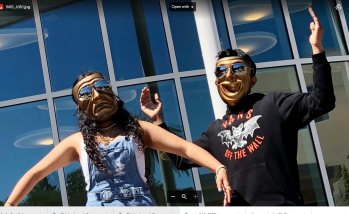 We really hope that you will take some time this summer to reflect, realize and celebrate all that you’ve accomplished this past year within yourself and with the Theatre Program.

The following dates can be penciled in, but please remember that we may need to move things around in the event circumstances change.

Stay true to yourself this summer.  Be SAFE!  Be Smart.  And, Rest, Re-claim, Renew and Rejoice in all that is yours. 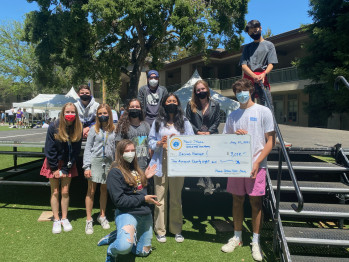 The Menlo Drama Department strives to ‘Give Back’ both on and off stage. Through donations during our productions, Menlo Drama Gives Back has raised and distributed almost $50,000 to various charities globally. The Working company has chosen to support Second Harvest of Silicon Valley. Every dollar raised provides two meals to those struggling, including many essential workers. It’s free to watch the show, and viewers are encouraged to make a donation to Second Harvest Silicon Valley via this link.

Now Playing: The Virtual Premiere of the Winter Production

This never-before-seen original piece—filmed on our new Spieker Center stage—is a rich tapestry of selections from some of history’s greatest plays. Envisioned in the style of Masterpiece Theatre, it includes works ranging from classical to contemporary.  It runs 54 minutes and is set in two acts. 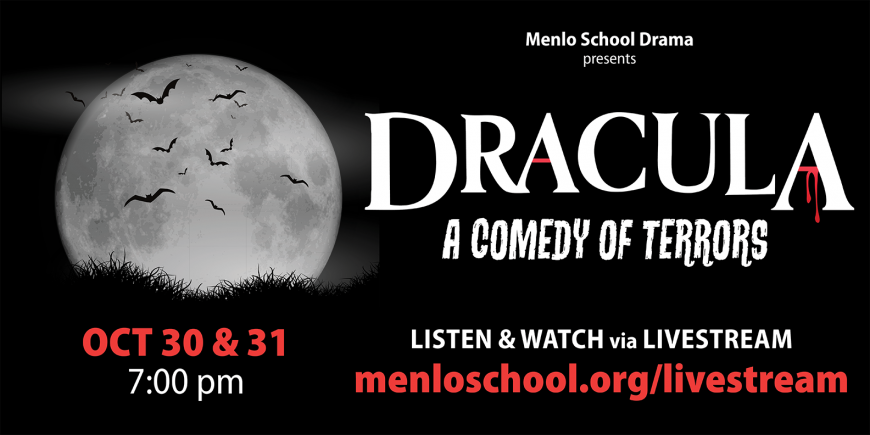 Along the treacherous Borgo Pass In the mountains of Transylvania, a meek English real estate agent is on a harrowing journey to meet a new and mysterious client…who also just happens to be the most terrifying and ferocious monster the world has ever known: COUNT DRACULA! The story follows the legendary Count Dracula as he travels to England to seduce the woman of his dreams, stirring up danger, magic, sensuality, and silliness. Bram Stoker’s epic horror story reimagined with a dash of Mel Brooks and a pinch of Monty Python, presented as an old-time radio play. This lightning-fast, comedy is guaranteed to raise your pulse and emit blood-curdling screams of laughter! 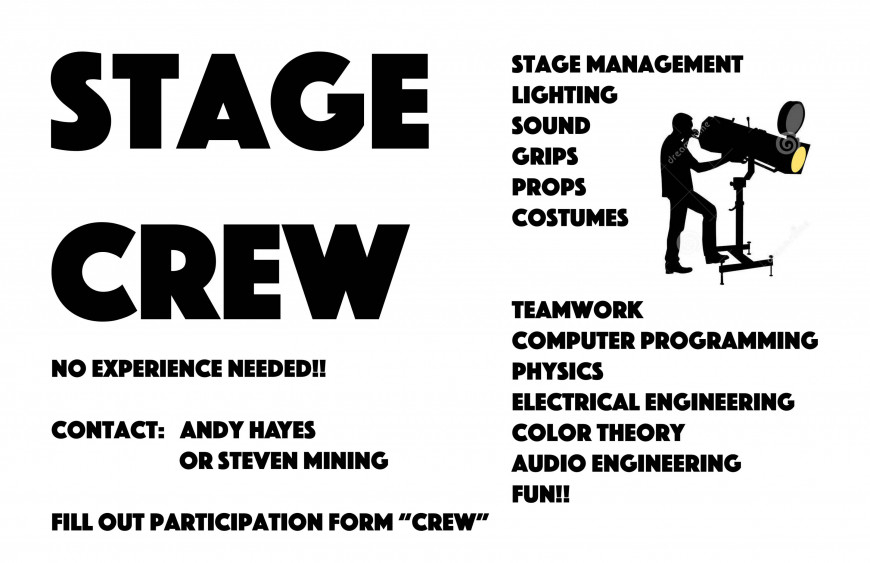 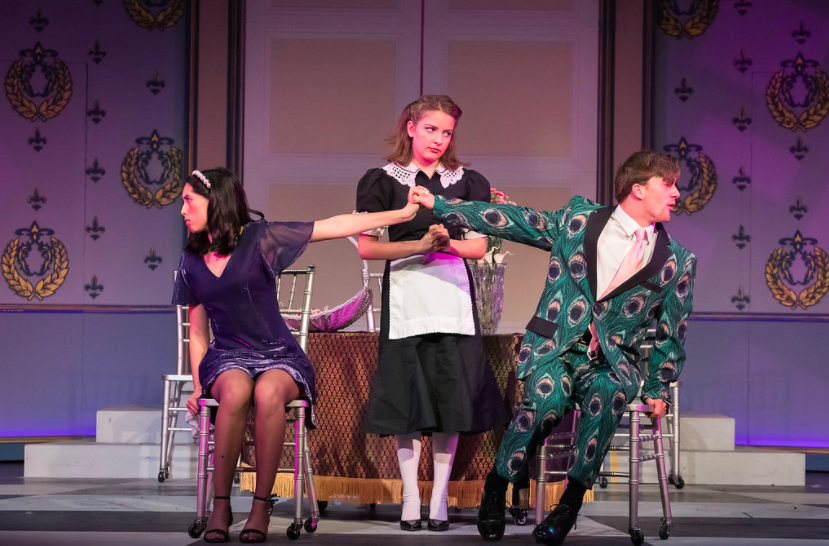 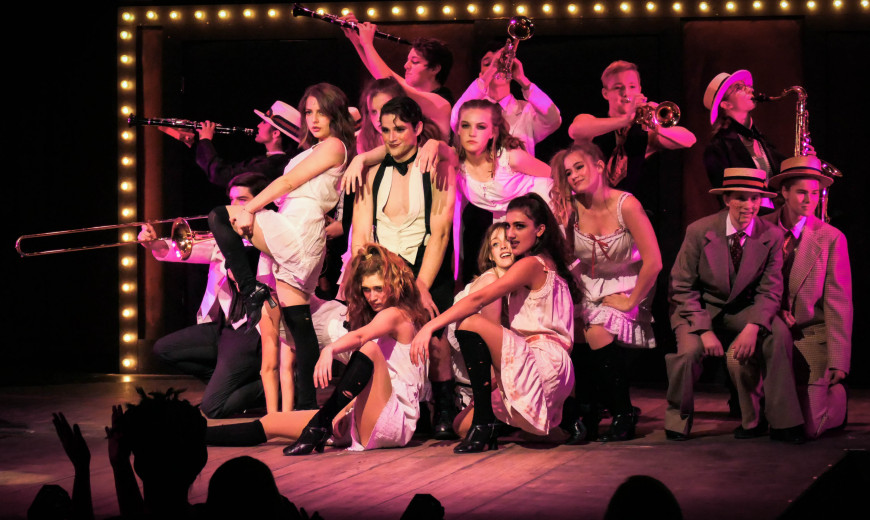 The cast and crew of Cabaret extend a sincere thank you to all those who continue to support the arts at Menlo! 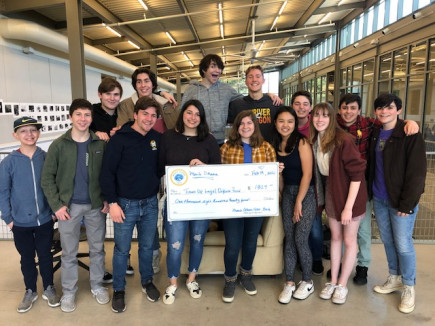 Menlo Drama Gives Back raised $2,400 for the Boys and Girls Club of the Peninsula. The Menlo Drama Department strives to ‘Give Back’ both on and off stage. Through donations during our productions, we encourage public support for both national and international programs benefitting people affected by health, wellness, and community issues. To date, Menlo Gives Back has raised and distributed over $50,000 to various charities globally.

Menlo’s Upper School drama program includes courses in drama and musical theatre in addition to producing full-length plays each fall, winter, and spring. Past productions have included Heathers, Twelfth Night, Cabaret, The Laramie Project, Fiddler on the Roof, The Miracle Worker, Urinetown, The Diary of Anne Frank, and Avenue Q.

Steven Minning is the Creative Arts and Upper School Drama Director. He has worked as a director and choreographer in New York, and around the world. As an Associate Director he has staged the Broadway, National and International tours of Billy Elliot, The Lion King, Show Boat, The Will Rogers Follies, and Cirque du Soleil’s Dralion. He has directed and choreographed for major events such as State Farm National Agency Convention in Las Vegas, the Coca-Cola Olympic reception in Atlanta and the World Cup opening ceremonies. He teaches drama and musical Theatre.

Show Archives:
Working
Monologues and Dialogues
Dracula!
Tartuff
Cabaret
Bye Bye Birdie
The Old Man and the Old Moon
Noises Off!
Oliver!
Twelfth Night
Heathers
How to Succeed
The Diary of Anne Frank
The Mystery of Edwin Drood
A Funny Thing Happened on the way to the Forum
Miracle Worker
Avenue Q
Fiddler on the Roof
Laramie Project
Urinetown
Pirates of Penzance
Our Town
Little Shop of Horror